You'll see "conversation you may have after watching Anime" here in Japanese and English.

I hope it'll help you improve your Japanese casual conversation.

In this episode, Makima-san demonstrates her phenomenal strength. We are also amazed at another, totally unexpected, side of Kobeni-chan, the timid character.

conversation you may have after watching this episode 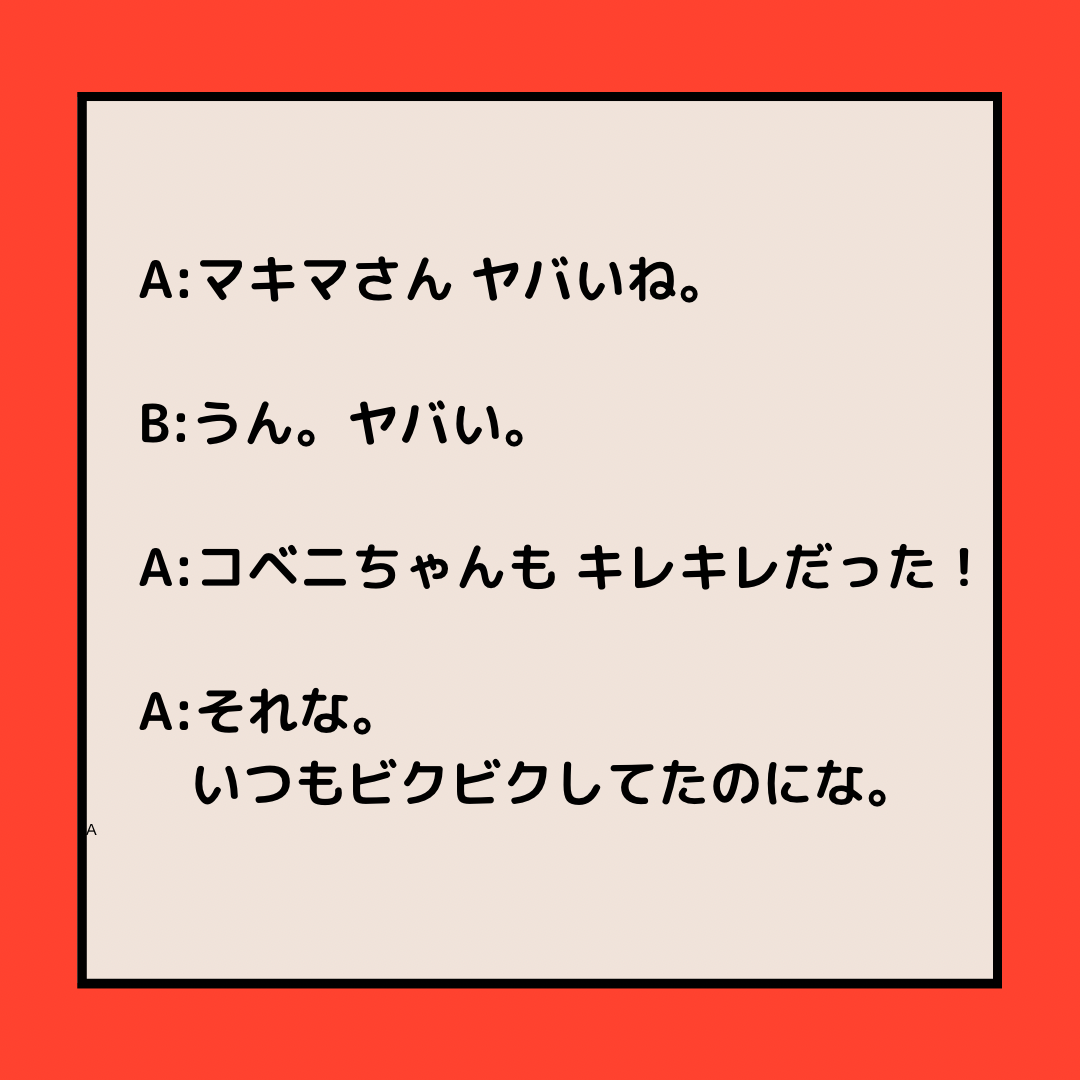 A: Makima-san was awfully awesome.

B: Totally. Just so stunning.

A: Kobeni-chan was super good too.

B: You can say that again. I can't believe she was always freaking out about everything.

キレキレ is a noun / na-adjective used to describe the state of a person who can deal with a certain situation really well.

to handle everything well.

to be quick-witted and able to process things quickly.

Certificate Japanese language teacher.
Explaining how to use Japanese in simple Japanese and English is the main purpose of this blog. I may write about myself in Japanese now and then :)